Posted on February 10, 2022 by UponTheFaceOfTheWaters

I had no idea just how prevalent these Mandela Effects or ME’s were becoming until I read this Buzzfeed article (which seems to be written in a way to try and debunk/gate-keep/lowball most of it). Much of the screenshots below come from that article. If we read it in between the lines, something is ramping up to a crescendo with our timeline, if even the MSM has to mention ME. It means enough people are talking about it. I don’t claim to know how or why ME’s are happening, whether it is time travel or a quantum merging of multiple timelines; I’ve speculated on these things perhaps almost too much already (relevant links posted at the end). In this post I seek to simply to build a pattern map of these ME changes and look for esoteric hidden meaning. To let the ME’s tell their own tale, what do we find? 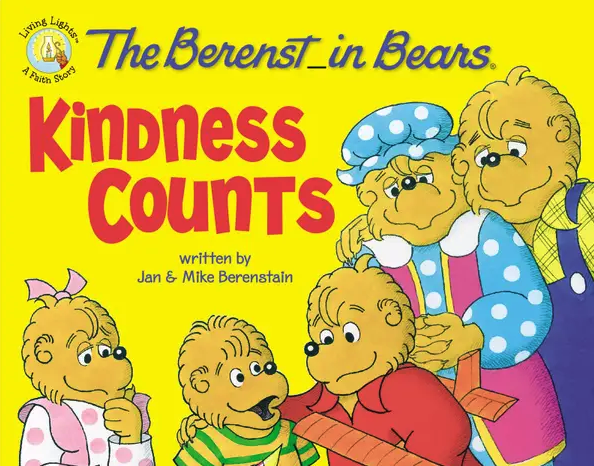 This one bothers me because I read those books as a child and they never said BerenSTAIN…it was always BerenSTEIN, as all the -Stein surnames are supposed to be spelled.

Bearin’ Stain. The original timeline has been stained.

Lost an ‘F’ in ‘Stuf.’ Whoever is behind these ME’s couldn’t give an ‘F!’ If this is Satan’s (Ahriman’s) world, then at least he has a sense of humor! You have to try to laugh at these things because yes, it is scary, to think our memories are being tampered with, what could be a more serious affront? But remember, this sense world is just Maya, Ahriman can never tamper with our Innermost which returns to Heaven at the end of time in its shining, winged vesture; its transformed Spirit body. 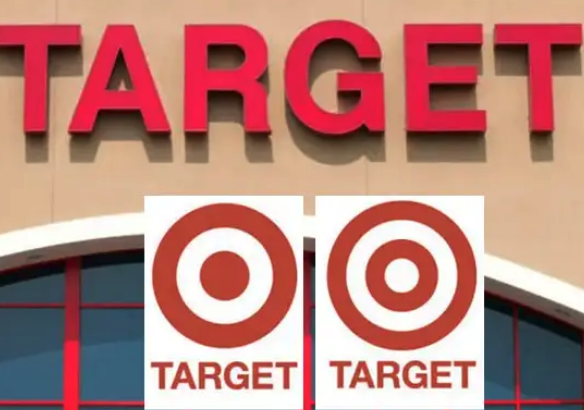 That’s the target, the goal anyway. Now was it one loop or two around the bulls-eye? Either way it’s another extra loop.

Unlike in FROOT Loops, here we lose an OO, an infinity symbol. “Tunes” makes no sense here since “Toons” is theoretically a shortened version of “car-toons.” “Tunes” imply music. Something looney is going on.

No extra Z, a letter shaped like a ‘two.’ Two to one again. The cheez-it shape is squaring the circle.

Speaking of circles, the monocle is lost, a lost loop.

A cow is a Taurus like the Tar-get logo, that also lost a loop. In physics a torus field is donut shaped. Whoever is behind these ME’s is laughing at us. They’re cheezin’ it.

The astrological symbol of the sun is a circle with a dot, not unlike the Target bull’s eye. Here the sun logo in Raisin Bran loses his shades (shaped like infinity). A sun wouldn’t need shades anyway. Shades block the sun/Son and are thus Anti-Christ.

Another Christ figure. The sun/Son as Lucifer Luke Skywalker, walking across the sky each day. But Luke is the son/sun of Darth Vader. They removed the word “Luke” from the script though, removed the sun/Son.

Speaking of Luke Lucifer Lucy. And he definitely said that.

C3PO, gold like the sun, only now in our remixed reality he has a silver leg. Similar to the Freemasonic lifting of the one pant leg.

Silver is the moon and gold is the sun. Moon forces creeping in at the Achilles Heel. Also its C3PO’s calf, in one sense, being highlighted in silver. A calf is a baby cow. Cows and silver moons, (taurus/torus).

They removed Spiderman from the cover console to the old Nintendo game. Spiderman is a Christ solar hero-type. This one therefore seems Anti-Christ, leaving a void in the image.

They removed one of the “mirrors” and a mirror is a kind of loop, reflecting an image back on itself. Two loops to one. 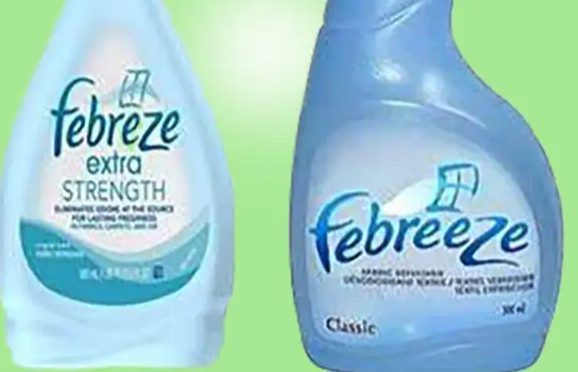 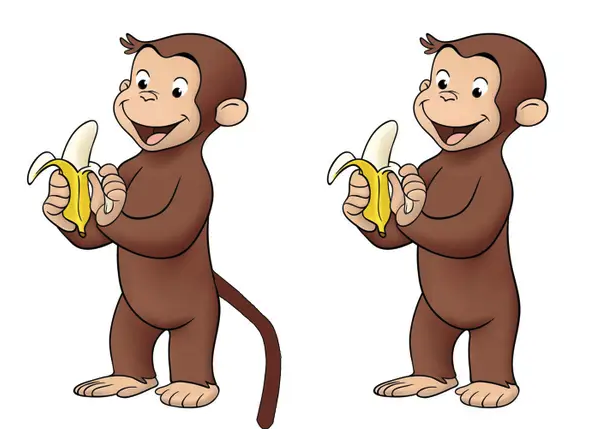 Curious George lost his tail. Lost a tale? A tail can curve back on itself. Steiner talks about how those who are spiritually awakening at this time are preparing to remember their lives in the next life, in other words working to start remembering and integrating past lives while in the physical. The sleeping masses will not remember in the next life, although they will at a later epoch, and they will be guided by those few now who are awakening. To not remember your past life is thus to “lose your tale,” although in the spiritual worlds in between death and a new birth, the Innermost self or Higher Ego remembers all its lifetimes, and works from that expanded awareness to help prepare the parameters of fate or karma in its next incarnation. 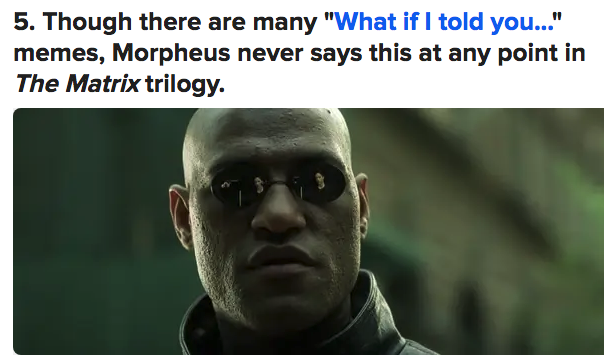 Removed “what if I told you;” removed a tale/tail.

A benefic purpose of ME’s may be to wake people up to the Matrix-code nature of reality.  The holographic universe. That it can change or update and everyone’s brain receives the matrix updates except for a few anomalous woke people who remember the old versions. Ahriman (Mr. Smith) tries to relegate these folk to the fringe and label as conspira-noids and schizo-types. Although thankfully this seems like it is getting harder and harder to do. 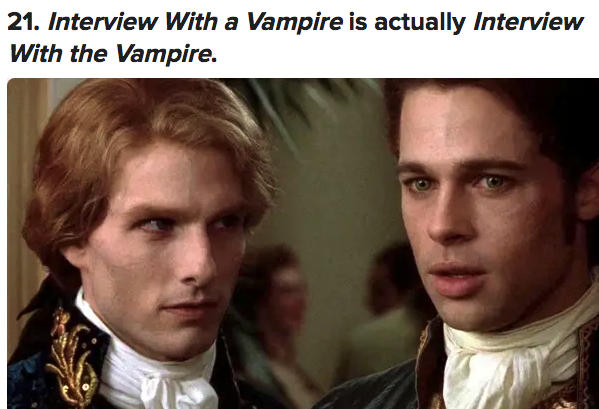 The Ahrimanic forces are the vampire we are forced to interview, in order to grow spiritually, here in the wilderness of the physical world. 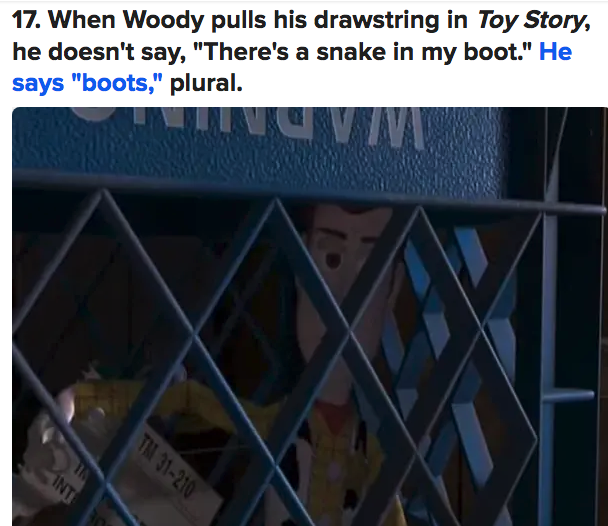 Here among the snakes. An extra ‘s’ in boots. An added snake/loop/ouroborus.

No cornucopia in Fruit of the Loom. A loom spins a thread, a tale. This is Ahriman’s tale, like the tale Jack (Christ) pushes Paul (Ahriman) to write in Black Butterfly (BB). A cornucopia relates to Saturn the Corn God, who rules Capricorn. The so-called CGI rings of Saturn connects to the Bull God El, the Taurus Torus Donut. The laughing cow with the nose ring, the target logo bull’s eye with its rings….the snakes and loops of fr-OO-t; the apple that the serpent tempted Eve with, the fall into time, the fall through the bifurcation of the sexes, the loins, where we put our fig leaf or fruit-of-the-loom undergarments. The resultant interview with a vampire, which are the lower unrefined drives and lusts.

The ambiguous “may be” is replaced with an emphatic “are” affirmative.

Pikachu’s tail (tale) was supposed to be dipped in black, which is the fall into flesh, as opposed to our original pure virginal state in the bosom of the Godhead, or Heaven prior to Earthly embodiment. The fall into the mirror universe, the funhouse where objects may be closer than they appear. Mirror mirror, who is the fairest of them all? They replaced “mirror” with “magic;” the ME’s are added magic, for good or ill, it’s hard to ascertain as yet. One should keep an open mind.

Speaking of two’s (you and my reflection), you know that reliable bible quote where Jesus says “where two or more are gathered in my name, there I am in the midst of them.”

Well even that has changed to “where two or three:”

The sinister implication is that in today’s materialistic age not even four can be gathered together in Christ’s name, only two or three. Two or more, as it was, can imply larger numbers.

Much of the code of this world transfers over to the new updates but some doesn’t for whatever reason, usually the really worn out retro-stuff – this is called “residue” as in timeline residue.

Interesting that the new sleak (digital) stuff transfers over easily, but not the old (analogue).

Made Tony the Tiger’s nose blue, the nose turns blue when its cold, Ahrimanic forces have made people cold to the mysteries, to the spirit. The cold’s been creepin’ in at the Achilles heel – of the robot, because humanity’s following robots – Only two or three are gathered in His Name… The masses snort something else frosty, powdered cocaine, in the forms of the endless entertainment/entrainment, the Infinite Jest. Lost in the funhouse of lower ego and fast pleasures. They’re grrreat!

These people have lost the thread of their tale, their Innermost, lost the loom, the fruit of the matter, like Curious George’s missing tail, like the missing nose ring of the bull. They got too close to the objects in the side-view mirror. The ME’s may be showing us to step back and accept that reality is more malleable than we thought, and to trust that the true God has prepared for this, as ElijahThinks blog says, “The Good Shepard has gotten us this far…” These seemingly mundane little changes are forcing one to let go of their attachment to matter as they thought it was, which is really attachment to their memory of things, holding on to the past, instead of a more fluid go-with-the-flow. Accept the changes without fear; than the evil snake becomes the wise serpent that flows like water, that lifts up Moses in the desert, that awakens human souls otherwise fated to continue their slumber for another spin of the wheel, another loop in Maya, the laughing cow, like Shiva the Destroyer who dances outside CERN.

The papers on his desk represent stacks and stacks of memories being shuffled around.

Not long after I posted this article, youtuber “Vat City” came out with a video discussing the mandela effects and the film 12 Monkeys. This Terry Gilliam film about time travel certainly dances around the topic of ME, and notice the tigers on Bruce Willis’ shirt in this pivotal scene:

I couldn’t help but be reminded of Tony the Tiger, Frosted Flakes, his nose going from black to blue…we also saw Curious George, a monkey, like 12 Monkeys.…