Posted on June 24, 2016 by UponTheFaceOfTheWaters

Bonacci: The human body is made of 12 systems, and those systems are : skeletal, muscular, nervous, cardiovascular, digestive, endocrine excretory, immune, dermal , lymphatic reproductive, respiratory. There are 12 cranial nerves. In your solar plexus there are 12 nerve endings. The body is a whole system of 12. The body is an alchemical laboratory and if you keep it pure with good habits you can restore it to perfect health. The bible says your body is the temple of the living God. It’s otherwise known as Solomon’s temple – the “soul of man.” In the temple, Josephus the first century writer informs us, “when he ordered 12 loaves to be set on the table, he denoted the year as distinguished into many months. And for the 12 stones whether we understand by them by the months or by the circle which the Greeks call the Zodiac.

Hilo, a prolific writer in the first century, this man’s life was during the time of supposed Jesus Christ and yet there is no mention of Christ in his book. He was a Jew who lived in Alexandria, one of the powerful families at the time. What he had to say about the 12: “the 12 stones on the breast which are not like one another in color and which are divided into 4 rows of 3 stones each. What else can they be emblems of except of the circle of the Zodiac?” That’s the breastplate of the Jewish high priest. It had 12 precious stones. Sapphire, Jasper, etc. “for that also is divided into 4 parts each constituting of 3 animals, by which divisions it makes up the seasons of the year, and distinguishing the 4 changes: the 2 solstices and 2 equinoxes, each of which has its limits of 3 signs of the Zodiac. By the revolutions of the sun according  to that unchangeable and most lasting, and really divine ratio that exists in numbers.”

I took two books along from ancient days connected to Jewish history showing that its one and the same with the Zodiac, because if I had a million other books from the “so called” Pagans, the Church-goers would write it off…but the Jews themselves admit to this.

So there’s 12 everything. 12 disciples, 12 trees along the river that give healing to the nations. Because its your body, the 12 systems, skeletal, muscular, etc.

And soul-of-man, solomon, is related to salts, salvation, you get many words. Salute, which means health, greeting, salutation, same in Italian, and in Greek is halos, like halo, because when you get salvation you get a halo. The sun, known as sol. The French for salts say sel. Like self, because your body is a pillar of salt, made of the twelve minerals that are the building blocks of your body.

Let’s look at the sun’s path through the ecliptic. It goes up 23.5 degrees in north latitude to the equator and hits the tropic of cancer. What’s the tropic of cancer? Well the sun from there goes to the tropic of capricorn. It does this every year, the four seasons. Or two seasons, really, a hot one and a cold one, take your pick. The sun’s path through the ecliptic is depicted by the sine wave. We start in Aries, everything begins with Aries, which is the top of your head. The last sign are the two fish, pisces which are your feet. 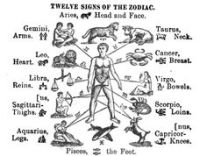 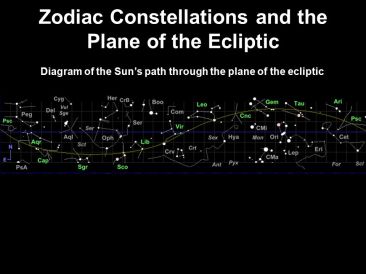 This is science, and as it goes through there are 12 divisions in the sine wave. 6 summer divisions are: Aries, Taurus, Gemini that’s spring. And Cancer Leo Virgo that’s summer. that’s good times, photosynthesis, we get to eat. Winter, ooh that’s when things start getting nasty at Libra, (sept 21) the scales, Libra sits on the scales and judges the sun as it goes down to winter, at that point of equilibrium. At that point it’s all downhill for the sun, thats why they call it ‘the fall.’ The sun is falling, through Scorpio, with its stinger, bites the sun. sun shrinks . It’s beautiful rays from Leo, where the sun rules – only one sign, leo, the lion-heart where the sun rules. And those rays get so diminished that by the time they get to the stinger of the scorpion you know it’s Fall. Sagittarius with his arrow is also there to inflict more pain on the sun. And thats the shortest day of the year.

Well Da Vinci knew his science and is showing to us in his ‘Last Supper.’  He knew that that would be the sun (or son) Jesus Christ, and he has six signs to his left and and six to his right. You can see how Taurus in the painting is decidedly feminine. This is a clue because Taurus is the first female sign. Gemini holds out his two hands, the twins. Virgo, another definite female appearance. They are also notably in groups of threes, making up the four seasons.

The creation happens in cerebrum, here in Aries, the top of the head, and in embryology the first of the systems to develops the cerebrospinal system.  Aries rules the cerebrum. Taurus rules the bottom half and the neck. Gemini rules the hands as Da Vinci indicated. Scorpio rules the sacrum, the five fused vertebrae at the bottom of the spine. But the very last tail bone is the horses tail of Sagittarius.
Let’s look at the cerebrum in more detail. It proceeds a fluid which descends and makes the rest of the body the corpuscles of the body. This is first gland of the body. as it descends it gets differentiated at the pineal gland and pituitary gland into a magnetic and electric fluid. It then gets differentiated at the other glands and the other glands do their making. So this beautiful oil proceeds and descends, it falls from the heavens. Falls al the way to this rock here, the sacrum, the bottom chakras. This is hell, this is where generation happens, Sodom and Gemorrah,  and Egypt is down here, below the kidneys. The ribs are the mid-guard, the midpoint, from here one can proceed upward toward the heavens (the head). There is the optic thalamus. The eye that sees.

When eventually the oil returns and ascends, thats what the ascension means, it anoints the optic thalamus and activates the pineal gland and all the dormant brain cells are reactivated. And that is exactly what you see happening with these people here:

or here: Jesus was often depicted with a halo, remember Salu?

It’s the science of salt. It’s hiding in the scriptures. This wonderful book (the Bible) is about biochemistry….and how to keep your temple pure and clean, and chaste. So that the oil that was produced from heaven, the manna from our father, give us our daily bread…it’s also been called the seed, the fish, because the oil smells like fish. It’s been called soma, the soma juice from heaven and many other names….so when it ascends, and it can only ascend when the condition down here (the rest of the body) is healthy and clean. If the body is chemically balanced the oil will ascend. You see this is why it’s very necessary to be careful with certain ones promising ascensions and talking about it in the churches, they think they will meet Jesus in the heavens, they will ascend, its called the rapture. Because everyone is looking for that immortality, that’s what the religious life is all about. But they take it literally, misunderstanding these beautiful documents.

So without going further into this too deeply about how it all happens but I’ve done this in other presentations: “your body is the holy land” and “lawful awakening” in particular. What we’re gonna do now is go into the salts which correspond with your body and the 12 systems of the body. I’m going to be quoting a lot from this book:

Now the cell salts are these:

potassium chloride, PC, corresponds to pollox and castor, the twins of Gemini.

These are the 12 salts, the twelve building blocks. We’re gonna go through each individually.

We are going to focus today on Aries, Taurus and Gemini because a lot of the magic occurs with the head and the nerves branching to our body, see our body is an upside tree, the roots are in the head, its the tree of Yggdrasil. It’s the tree thats in the bible in the book of Daniel. Gemini, rules the hands the twins and the twin lungs. And the bronchial, in other words branches of the lungs is the tree of life. 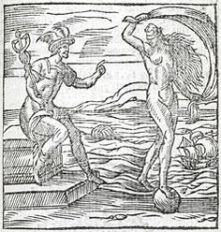 The staff that Mercury (or Hermes, Thoth, Buddha) is holding, is the tree of life, and the two serpents intertwined on that staff is the tree of the knowledge of good and evil. Because the two nerves that come from the pineal and pitutary gland descent all the way down the spine. and money is electric, and money is magnetic, in other words, positive and negative, male and female, and all of those polarities that you’ve ever known. and those two wings at the top where the serpents are, they are the two hemispheres of the cerebrum. And Mercury always holds this staff, this healing staff of Apollo. Mercury is indicating that he is mind. Mercury is mind, it the fluid that runs in your cerebrospinal system. Thats the mercury, mercury is quicksilver, that means living silver. Silver fluid that you must turn into gold, as it is silver in the nervous system and as it reaches the optic thalamus it turns into gold. And this is where your dormant brain cells are re-activated. This is why the cell salts are so important….”

4 Responses to Santos Bonacci – Raising the Kundalini Encoded in Bible