Max Spiers On The Music Industry

Posted on August 22, 2015 by UponTheFaceOfTheWaters

Fashion celebrity Peaches Geldof, dies at 25 of an overdose, but was obsessed with the occult and had just joined the OTO, a secret society started by Aleister Crowley. Is there foul play here? Here to talk about it is Max Spiers, a survivor of MK Ultra Monarch style programming. 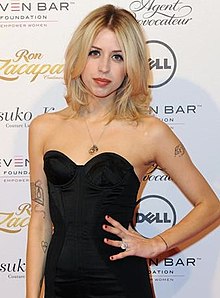 Miles Johnston: Ok Max we’re talking about pop music industry and programming, and one of the things mentioned by James Casbolt was a young lady who was found dead. Is this dangerous waters?

Max: When you start talking about the OTO, you send out frequencies and they are aware of it.

Miles: This is basically Aleister Crowley and the open gate he created? The Loch Ness?

Max: Absolutely, its still open. He opened it and did that ritual at Boleskin House but he never finished it. It was something to do with Bael. Now he is one the of 72 Goeta demons. King Solomon had a ring where he had power over them. They are the lower astral level spirits, some are reptilian, some are shadow level beings, some are fallen beings, that’s where the concept of Hell comes from, its the lower 4th dimensional frequency. And we have in our DNA the ability to conjure them if the ritual is done in the right way. The reason why ritual is so important to them is because when you are doing the ritual you are re-enacting the morphogenetic field of everybody else who has done the ritual before you. And if you know what you’re doing you bring them into being and each one of the 72 is defined as being used for a certain thing whether it’s money or fame. I know that they are dukes, princes and kings of “Hell.” You bring them up and they can help you out with certain things. They grant you, I think that’s where the concept of the genie in a bottle comes from, Jinn, it’s all connected. But so Bael or Belil, is the one he was connecting with.

Bael appears as a cat, a toad or a King, or sometimes all three at once, and teaches the summoner the art of invisibility.

Bael is the head demon so summoning him is a ritual that takes 6 months, but Crowley collapses at the end a broken man, couldn’t finish and left the house, went back to London and had a big fight with MacGregor Mathers, the other leader of the Golden Dawn at the time. They had a massive feud, fought for 2-3 years, and both men were basically broken as a result of this. Well Crowley continued on, but Mathers was pretty much finished.

So Peaches Geldof, her father, the Sir Bob Geldof, he may not be calling the shots at the top but he’s an Irish gangster and he is the head of Liveaid but he is working in reversal. So all these guys are working in reversal at that level: the royal society for the protection of children is the society that connects together that’s abuses children. The Liveaid concerts that are set up to save children in Sudan and Ethiopia are not, they are harvesting children connected to the King Solomon bloodline. So whenever these high level Qabalistic celebrities are getting children from there, they are finding specific children from King Solomon, and are able to get energy or entities into them.  At the highest levels they have lists, they know where all the bloodlines have migrated to, if you are connected to a bloodline, you are being tracked, they know who you are. Project Oaktree was specifically to do with this.

The Rothschild’s at the top, the head of the family is the Pindar who runs the whole show, he has been doing this for the past 200 years. He is the go between for the inner earth reptilian species and the outer earth external hybrids. He is the only person who the queen mother had to cower away from.

Miles: So this is the model for all planets which are actually gates, they are surrounded by black holes. So the inner sun is the black sun, but it’s got the residue of light around it, which provides light for the inner earth, which is on the lower side of the earths crust. And then that’s the real inner earth whereas the underground tunnels which are about a mile down are not what we are talking about?

Max: There’s oceans and forestry in the pockets of inner earth.

Miles: So it’s not all hollow, there are complex lands. Is this explained in some way by Lord of the Rings?

Max: Yeah, totally there’s a connection to Tolkien. Tolkien was an insider and connected to the old…before MI6…and knew information. And Ian Fleming, who was good friends with Crowley.

And Roald Dahl? Oh yeah all the Roald Dahl books are totally entrenched in mind control. Charlie and the Chocolate Factory and Willy Wonka. And the remake with Johnny Depp? Yeah and he’s handled by Tim Burton, whose married to a Rothschild. Helena Bonham Carter, who starred in the Harry potter movies. She is the granddaughter of a Rothschild. Her real name is Rothschild. Johnny Depp has multiple personalities, can’t watch his own movies.

So let’s get back to Peaches. James Casbolt annoyed a bunch of people by standing up in the barge and talking about this list of endangered people. My former colleague is on it, but crucially the recent death of Peaches Geldof, the basic idea is that she was ritually murdered.

We talked to Meesha Johnston, at the super soldier summit and she explained that her father explained to her that in order to maintain this contract that a certain member of the family had to do certain things and she explained how she was taken over and married off for 2 years and that was the contract fulfilled. So Sir Geldof, his daughter is ritually murdered.

You know if there’s a Sir, they’re in the inner circle. They’re knighted, in the inner sanctum you sort of become untouchable on that level.  Paula Yates, (TV personality) that was the name. She was a Monarch and was used sexually and was kind of handed around, so was Peaches. I think that certain Monarch women get very light, and want to hold on to certain men, and Michael Hutchins who I don’t think initially was connected to any of that stuff, I mean he’s a multiple personality but-

You said Geldof was responsible? He had written letters to Hutchins saying that if you don’t stay away from Peaches, I’m above the law, something’s going to happen. You can find that online. I think they have to destroy certain lines. Paula Yates OD’d but I think there’s more to it than that. They’re all Qabalistic, a lot of the OTO is Qabalistic in its thinking.  Can you remind people what that means? Well, you have the concept of the Tree of Life, which is actually missing one of the important center parts. It’s a diagram set up to show your way through the incarnating planes through existence.  Very amazing and very accurate really, but,

And also encoded in the works of Shakespeare? Absolutely, which is really Bacon.

John Dee? John Dee who is the original 007, the reason is the double “o” are two eyes, ‘cus he was the eyes of the queen.

But the OTO seems to be pushing that whole Qabalistic way of thinking as an enlightening path to find, and that it’s good for you and that Crowley isn’t bad, although I guess good and bad are all relative anyway. But certainly when you go that route, going down practicing those levels it gets particular dark, I know a few people who’ve committed suicide who were involved in the OTO.

So are you basically saying that anything that sounds good on a rock pop-level industry  is actually a Satanic ritual cult? It’s unfair to say anything, but the industry, the main machine, yes. And I’m going off track again but walking the red carpet, when you walk down the implications are you’re walking through blood of the goyim, the general populace, cus you’re from bloodline. The goyim being the sheeple, scum, “useless eaters” as Kissinger said. That elitist mentality.

I’ve heard the fifth race being called the Nephilim, and that they are basically here to take over the planet.  There’s been a wrestling match to do that. And they have to use the front human form to do so because its too shocking otherwise. The human consciousness is so used to being told and seeing that we’re the top of the food chain and we’re the rulers, it has been too shocking to bring in a new species to do it, it’s not conducive to keep the control so they hide behind the human form. It’s all in the emerald tablets of Thoth.

So what is the whole point of life and death here? We’re all E.T.s right? There are 5 races? Uh, more, there are 12, 13 streams. But the original humanoid race are the Lyras, who became the Pleiadians. The blonde, blue eyed race, millions of years old. There’s been a huge war between these blonde Nordics and the reptilian Draco beings, who like the Lyran genetics and have been following them around the galaxy. The Draco, this particular reptilian species form the Orion area, have been warring with the Nordic blonde blues for millions of years and the war has been brought to Earth. That’s when you had Atlantis, which was populated by the Nordics, and Lemuria was populated by the Reptilians. But you can never have them getting on, because they’re exact opposites, so how to make a being in constant confusion, give them a human body and give them a split of mammalian and reptilian genetics so we constantly feel at odds with how we feel.

One particular stream overbred the reptilian DNA, and they weren’t able to hold the mammalian form and the DNA was becoming decrepit, so they had to continually consume mammalian DNA or hormones by eating mammalian beings, animals and humans, humans would be better.

Ok but we are getting off track, back to the Satanic music industry…Jimmy Page comes to mind who bought Boleskin House. It never sees sunlight from the way that the valley is situated. Crowley was very careful to get the exact latitude and longitude and find the perfect place to do the ritual. So I think Loch Ness is an interdimensional gateway, in and of itself. I don’t know much about the Loch Ness monster, they might just use that as a cover.

It is also used for time travel right? There are two Montauk experiments that were set up, one in New York and the one in France. That’s the one that’s used way more than the one in the U.S. Crowley was connected to both of those, and was working for MI6. Through the first world war, he went over to New York. He’s connected to Winston Churchill as well, used to sit and talk with him, he used to sit and talk with Hitler as well.