Aeon Of The Twins – A Novel

The first couple chapters are now available for free download! 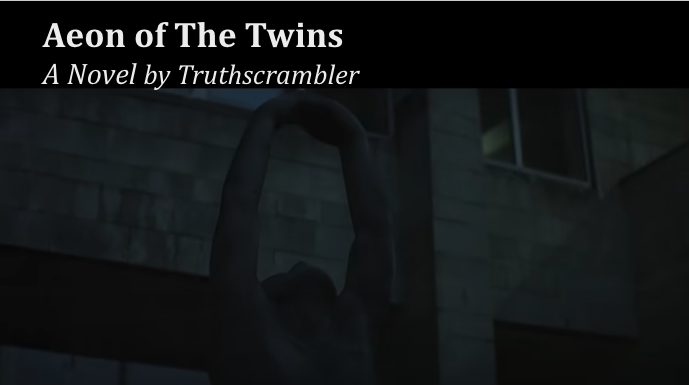 The following is Truthscrambler’s first novel (still a work in progress). It was inspired from the following source material:

However the following work is no mere fan fiction but a synthesis of all the above into something new and profound, a fiction far more true (albeit a truth, scrambled) for our time. It is the story of a set of boy and girl twins, orphaned at birth, who are drawn up into a war against dark forces working to control mankind. They become a set of unlikely heroes, and against all odds it is their humanness and loyalty to each other that destines them to change the fate of all mankind.

If you do read any of it, I’d love feedback in the comments below.