Posted on November 4, 2018 by UponTheFaceOfTheWaters

Trump made a Freudian slip (or was it deliberate?), during a speech when he remarked on 9-11, but he instead called it 7-11. When you study the occult you find that Sept-ember is really the 7th month (sept means 7th), because the year used to start in Aries (March). This slip up of Trump’s shows that he is working for occultists and is no more than another puppet.

Truthiracy, AKA Christopher Lord, whose father and grandfather were both 32nd degree Freemasons, goes into great detail on the significance of 7-11, and why 9-11 really happened on 7-11.

Truthiracy (paraphrased from his Orange House of Death Series): “These diagrams above are the source, the foundation behind everything I am explaining to you. The Bible, the Devil, the rabbit-hole, ascending from the underworld, life death and resurrection… All religions are based upon this diagram. I will explain how this basic natural cycle of mother nature has been twisted and used as a comical parable: a fable of the “pair of Bulls” or the Bi-Bull (bible). 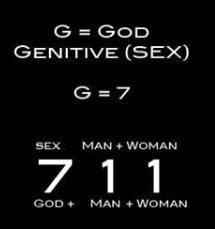 September 11th, or 711 was a manifestation of this ritual of life, death, and rebirth. Of nature through the annual year. The light of enlightenment that comes from God’s sun as it takes its journey or path of the traveling fool. 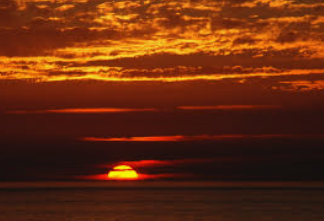 When the day ends and the sun sets and goes to the death of the underworld, we find the colors of red. The word “Red” begins with Ra, the sun-God. Red is the color of blood, therefore the color represents sacrifice. The Red Apple represents the fertility of God’s Sun, the process of life, death, and rebirth from the sacred Tree of life.

So in Autumn, or the Fall, we see the colors of red. We know this is the time for Fall because life falls to the underworld and God’s sun is no longer on fire and is now in it’s inverse state or “Amber State.” Or ember state of orange. The ember months begin winter, the cold, death and rebirth. September, October, November and December. 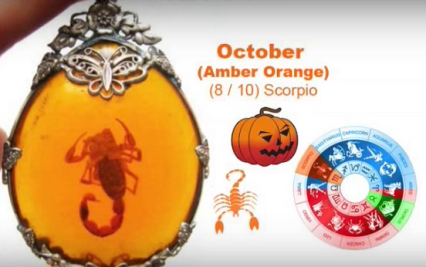 This is why we see that “Orange is the New Black.” In other words. It’s the new color of death. This is why prisoners wear orange just like the victims of Isis, you know the beheadings and decapitations? This is why we find these beheadings in September which means the separation of seven. This is the end of the year which has been decapitated. It’s the same decapitated head of the goddess Kali.

Orange is the new black because orange represents the warning just before death of the sun. The sun in its decline into darkness which we call night or winter time.

This is the Illuminati’s color code: 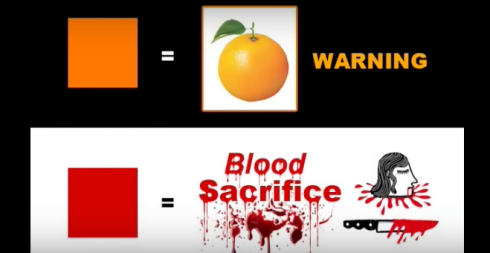 This is why they call it an “Amber Alert.” Why with traffic lights yellow means slow down or you will die. This is where we get the words “Emergency” and “Ambulance.” 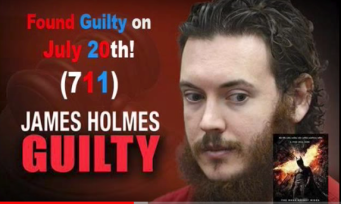 And on the night of the shooting he had died his hair orange. 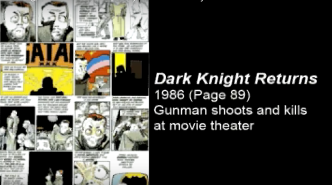 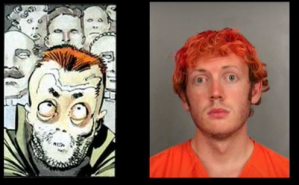 To show how far in advance they plan these ritual false flag media events, in the 1986 Batman comic, “Dark Knight Returns” there is a scene where a gunman with orange hair shoots up a movie theater. 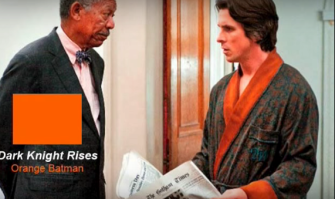 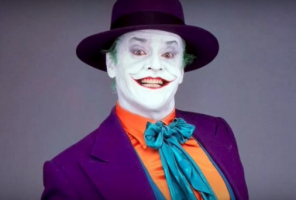 The Joker didn’t have orange hair, he had green hair, but did always wear that bright orange blazer.

See how they depict Judas in orange below:

Judas represents the house of Scorpio the one that stings the sun and gives it the kiss of death before it figuratively dies. Judas who betrayed Jesus the son/sun, thus sends him to his death, to the underworld, the glowing amber months of orange.

Judas represents the judgment of God’s Sun the Autumn Equinox of September that separates the annual year. Like the scales of the Goddess, justice come from the scales of judgment, in Egypt it was their mother goddess Maat. She divides the beginning of the year. The first month and the Seventh month, this is why Matthew in the Bible has the symbol of the scales and the judgment in chapter 7:1.

So the words Judas, Justice, Judge, all come from the scales of Libra, the equinox point. Just like Judas decided Jesus’s fate, in a courtroom the judge is the one who decides your fate: Set free or sent to the underworld where you will have to start over again from the beginning. Which is why you get sent to prison, the pre-son. Held captive, dressed in orange.

From Scorpio we get the words “Scorch” and “Torch.” And on 7-11 we saw the towers scorched. And recently we had the latest maze runner movie: “The Scorch Trials.” 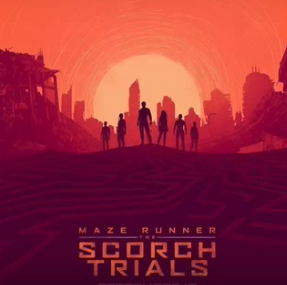 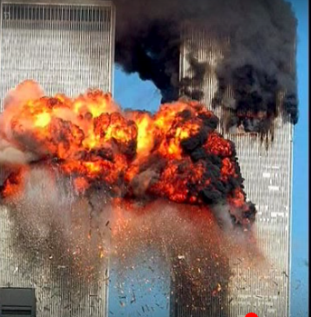 Think the band manager is aware of this code? Notice the torching, scorching torpedoes. Notice the biomech eagle, the eagle is in the sign of Scorpio. 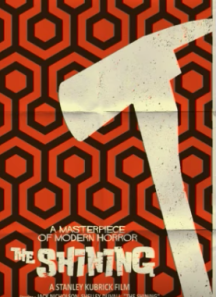 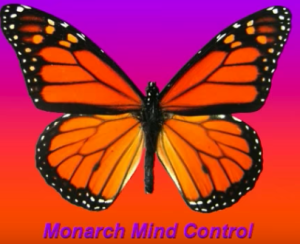 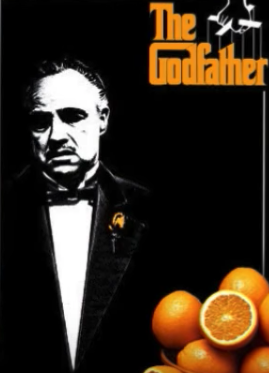 In Alice and and Wonderland 2010,  notice how the Mad Hatter, with bright orange hair, does the Kali death dance. His head spins off his body, another reference to Kali who in Hindu mythology brings in the new year by beheading the old. Just like the grim reaper or Saturn with his sickle.

Beyonce seems to be the one slated by the Illuminati to channel the goddess Kali:

Notice her shirt says “KALE.” What’s more is that balcony scene is from the music video to a song called, you guessed it, “7/11.” 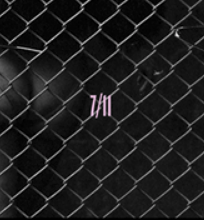 So Kali splits the year in half along the Libra equinox point on 7/11 (7 being September, beginning of Autumn, the Fall). Libra means to separate, or to liberate one’s head from one’s body. This theme of decapitation shows up in the bible as well, John the Baptist  is the one who gets beheaded by the Romans. Well John is January, and January bisects the year at the winter solstice.

Notice what color this woman is wearing on the album cover of Supertramp, which came out before 9/11, a clear example of predictive programming:

Orange Juice warning – the towers are coming down….