Occult Themes In ‘His Dark Materials’ – Beyond The Aurora Borealis

Posted on December 24, 2019 by UponTheFaceOfTheWaters

In the alternative media there has been this repeating theme of a portal or stargate at the North Pole, leading to a heavenly angelic realm, called Hyperborea. Hyperborea literally means ‘beyond the Aurora Borealis.’ It’s a higher plane, its what this fallen Earth state could be, once humanity wakes up their full potential. Hyperborea is a glimpse, a possibility. If it exists in a physical sense (which I doubt, I see it more as metaphor) than the crossing is at the center of our flat plane, and this is where we find the Northern lights, the aurora. Souls ascend or descend there, at Jacob’s ladder, Mount Meru. Many ancient flat earth maps across cultures depicted this. 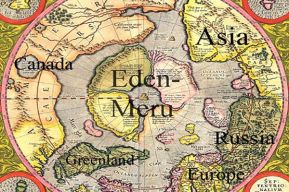 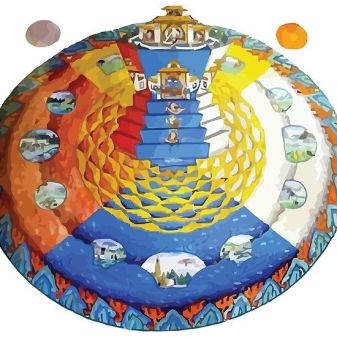 Philip Pullman was clearly aware of this and depicted it in ‘His Dark Materials.’ There is this emerald, shimmering city hiding in the North Pole, when you look at the aurora lights with the right kind of eyes; the main character Lyra’s father invents a camera lens that can see it, what the naked eye cannot:

The emerald color reminds one of The Wizard Of Oz and the emerald city. This old movie is also steeped in occult programming and symbolism.

The term ‘Aurora’ comes up again and again in this study. We’ve had two false flag shootings/media event hoaxes in towns called Aurora, (Colorado and Illinois) and Aurora is also the Goddess of the dawn, in Greek myth she announces the arrival of Apollo, the morning sun. So we have the destruction of the divine feminine, we have the ushering in of Lucifer, son of the morning, we have Hyperborea, going beyond the Aurora: remember this whole realm is Sophia’s realm, the Mother Matrix, we must ascend beyond the Matrix, the material world, which was manifested in her Error, the Fall. 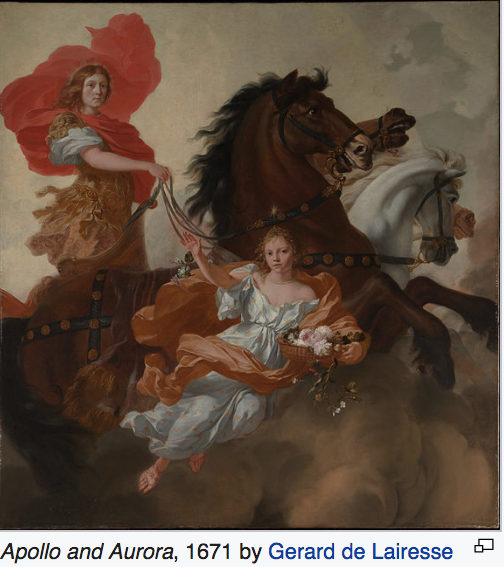 The Goddess is also symbolized by the dove, which in French is ‘Colombe’ or ‘Columba,’ and wouldn’t you know it, we had a shooting at Columbine High School, and we had the NASA shuttle Columbia go up in flames killing everyone on board (another hoax).

Aphrodite and her doves

But going back to ‘His Dark Materials,’ we see in the opening credits a city-scape folding in on itself:

We’ve seen this exact thing in the movie ‘Inception,’ and in an Ariana Grande music video, and in this case it symbolizes the multi-verse aspect of the series.  There are two parallel realms, and a hidden gateway between them. One realm is like ours, modern day, and then there is Lyra’s realm which is more like a fantasy/steampunk setting, with metallic  blimps in the sky, talking bears, and where everyone has a daemon, or externalized soul in the form of an animal which follows them around.

Lyra and her daemon ‘Pan’

The multi-verse theme, so prevalent in sci-fi, and which I’ve covered at length in the shows ‘Fringe’ and ‘The OA,’ may in fact be referencing previous cosmic cycles that we can access records from via the Akasha or collective memory. In other words, we don’t exist in a multi-verse with parallel realities going on at the same time, rather these other realms, these strange realms that are similar but different are simply depicting previous cycles that many of us have traversed along our soul journey.

The shows concept of ‘daemons’ brings us dangerously close to MK Ultra black projects and is worth noting here.  As mentioned, in Lyra’s world everyone’s soul is externalized in the form of a shape-shifting talking animal which must be in close proximity to them at all times. Kill the daemon and they die as well. At the moment of puberty the daemon ‘settles’ into a fixed animal form. People’s daemons take on a wide variety of animal forms.

Now the villain of the show thus far is a woman named Ms. Coulter, who it turns out is actually Lyra’s mother, although Lyra was orphaned and raised at Oxford College.

The evil mother, the wicked witch, Cinderella’s wicked step-mother, could all be alluding to the dark, schizophrenic aspects of the Mother, who, when she fell into matter, created the parasitic Archons (as depicted in the Gnostic texts).

Ms. Coulter and her sinister group the Oblation Board (see the cult of OB post), invent a machine to sever one’s daemon. Her motivation to do this is that somehow the daemons are responsible for unwholesome thoughts of a sexual nature that kick in at puberty when the daemon settles. Thus the severing machine only works on pre-pubescent children (adults would die instantly if severed). Here we start to see parallels to some of the wicked MK Ultra crimes coming out and being exposed by victims of the Satanic pedophile network which runs things from behind the scenes. They use children because they are easier to control, to brainwash, to insert alternate personalities, etc.

“It doesn’t hurt! It just feels like a…like a loss,” one of the techies tells Lyra.

And sure enough, in the show, once a daemon is successfully severed, the child loses all autonomy and self-motivation; they become robotic, drone-like, flat affect, an easily programmable slave. Ms. Coulter and her coterie may really be using this tech as a sadistic form of mind control. Sound familiar?

One of Ms. Coulter’s workers, devoid of a daemon. Note the robotic trance-like state, reminiscent of MK Ultra.