Was Singer “Jill Janus” Ritually Sacrificed to The Illuminati?

Posted on November 23, 2018 by truthscrambler

Earlier this year, lead singer for the heavy metal band, “Huntress,” Jill Janus,  died of apparent suicide at 43 years old. Researcher Derek from Gematrinator has pointed out some syncs with the gematria and numerology around her death, compelling evidence that she was murdered by the numbers, the EL-ite’s system to script the news and events around us. In this post I will extend Derek’s research into her death and add some points that he missed.

Her wiki bio contains several oddities/red flags, starting with the fact that they don’t tell us her real name (unlikely her real last name is Janus!):

Was her disorder “organic” so to speak, or could it have been the result of trauma based MK Ultra programming? Taking on the name of a two-faced God is fitting for someone with multiple personalities. The fact that they don’t tell us much from her childhood other than her practice of “Paganism” could mean she was born and raised in one of these Satanic bloodline families, like so many celebrities and politicians in the power EL-ite. 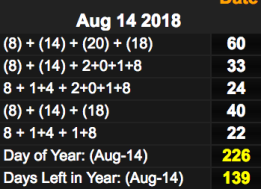 Her band was signed by “Napalm records” – 77, whose logo is replete with Illuminati imagery:

“Secret Society” also equals 77. She was working in the world trade center on the night before “September Eleventh” – 77, which had Flight 77.

Jesus (74) who died on the cross (74) was ritually sacrificed for the same reasons as all these modern celebrity deaths. It goes back the ancient yearly harvest sacrifice rituals of the fool, the jack, the jester or lord of misrule. This willing sacrifice was also known as the two-faced trickster, because he symbolized nature and the seasons, the duality of summer/winter, or JANuary and JUNE. Just like the Roman God “JANus.” 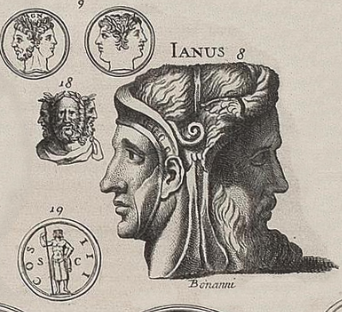 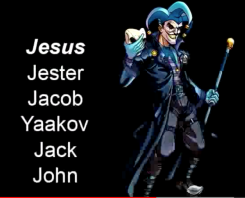 So of course they have to kill the Janus. Because she, like so many other victims represents the fool, the jack, the joker, the two-faced trickster archetype. The “willing sacrifice.” Robin Williams the comedian/jester represented this as well. So did Heath Ledger, who played the joker as well as Michael Jackson, and all these rappers being sacrificed, it is because they, in the eyes of EL-ite are nothing more than the court jester, the fool of the tarot deck, the jack, or king for a day. This one was always sacrificed.

She seemed to have this two-faced (Janus), two character D.I.D split, the refined one on the right who is one with nature, and then the angry explosive one on the left: 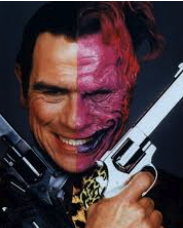 Predictive Programming In Her Song Lyrics

One song from her last album is called “Four Blood Moons.”  A blood moon is the moon during an eclipse (it turns reddish), and many of these false flag rituals are synced up with lunar and solar eclipses (or happen on a New Moon or “Black Moon”). The lyrics to this song indeed seem to contain predictive references to ritual sacrifice:

Mars, Earth and the Sun, Untie the holy cosmic bond beyond

Children, face the darkness. Gaze into heavens of blood above

Eclipse and shift the night. Comets explode in flight

Children remember this: The Universe won’t take your shit, lose it

Eclipse and shift the night. Comets explode in flight

The prophesy of the blood moons. Astrology assigns your death

“Two faced” – 77, and 139 both like “Napalm records.” And remember this started with her death date leaving 139 days left in the year.

– Jill Janus, on her last album, 2 years before her untimely death.