The Two Bulls Code: Language Spells and The Sun-Moon Bi-Bull

Posted on September 21, 2018 by UponTheFaceOfTheWaters

“How did they know about the pineal gland in the brain, how could it know that the speed of light is 186,400 miles per second? The bible was written by a divine intelligence, by a UFO, an unidentified floating object-” Bill Donahue.

This post will bring in some new information from this youtube video series by “Truthiracy,” and tries to synthesize it with the astrotheological groundwork laid by my study of Santos Bonacci.

The Bible is the Bi-Bull

Here is the code to unlocking a bunch of truth, you ready?

Bull = Taurus = Baal or El the ancient sun god of the Phoenician Canaanites.

but, Bull = Taurus also denotes the horns of the crescent moon.

Therefore the bull is both the sun and the moon and is thus a powerful, mind expanding sym-bull and aspect of astro-theology and language itself. This is the two bulls code.

From wikipedia: “Ēl is called again and again Tôru ‘Ēl (“Bull Ēl” or “the bull god”). He is bātnyu binwāti(“Creator of creatures”), ’abū banī ’ili (“father of the gods”), and ‘abū ‘adami (“father of man”). He is qāniyunu ‘ôlam (“creator eternal”), the epithet ‘ôlam appearing in Hebrew form in the Hebrew name of God ’ēl ‘ôlam “God Eternal” in Genesis 21.33. He is ḥātikuka (“your patriarch”). Ēl is the grey-bearded ancient one, full of wisdom, malku (“King”)”

Hence if he is the grey bearded one he is also Chronos, Saturn, Old man Time. And you know this is true by comparing the symbol of Saturn with the Hebrew letter “Lamed” which makes the ‘L’ sound. El. 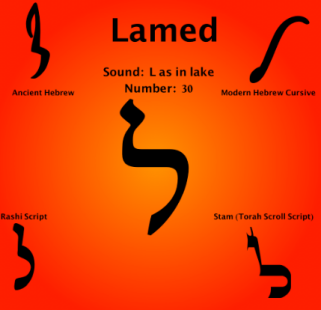 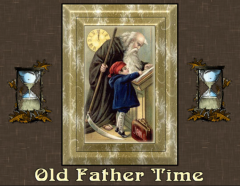 Notice the hourglasses. They are shaped like the center of the torus field or hyperBOLoid.

If you haven’t seen my earlier post on this topic, it’s no mistake that the word “torus” sounds the same as “Taurus.” You can see the horned animal head in the torus field if you look hard enough. Santos Bonacci talks about how the torus field creates EL-ectricity, the only true force or energy this universe uses.

So your EL-ite are worshipping Satan, who is really Saturn-EL, Old man Chronos, who is also Baal, or El, whose symbol is the Bull. He is the reason they ring the Liberty BELL. The bell is also shaped like a torus.

The two Bulls are red and blue. One is good and one is evil. 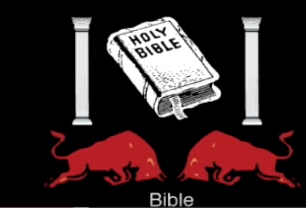 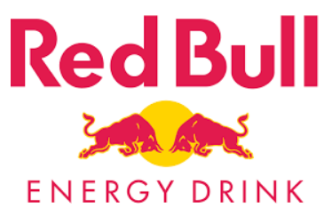 The two bulls are also represented with the two pillars. That’s Jachim and Boaz.

The red and the blue. Male and Female. You can see the two triangles, one is upside down, they come together to form the Star of David in the sexual union. We are going to see a lot of sex symbolism in this post. 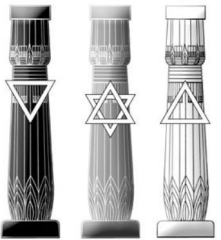 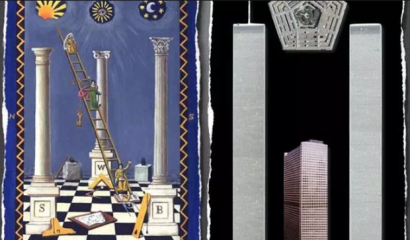 And ten years later they announced that Osama bin laden was dead on May 1st 2011 a “black moon” day, where the moon is dark and no portion is illuminated. We are going to see how the moon ties into the bull code.

The response from 9/11 was to go to war by sending out “soldiers” or sun-diers, who ritualisticaly die for the sun god Baal. That is why they have to be adorned with these symbols. And notice how they like to start wars in spring-time, Aries, which is the birth of the sun in the Zodiac, and the time that the ancient cultures would make blood sacrifices to the earth to appease the fertility gods for a good harvest year. Often a bull or goat was sacrificed.

Truthiracy frequently points out that the Phoenician alphabet is the ancestor of almost all modern alphabets. That’s why you find the bull in BUY and S(EL)L. At the US Capit(EL). Which is in the shape of an OWL or OW(EL).

Owls are always connected with clocks because they both represent Saturn, Old man Time, the grim reaper. And its from the Phoenicians that we get the legends of the evil god Moloch or Molech, and the word “Molest.”

Now Owls or Els or Elohim are always worshipped in a temp-EL, like the temple of SoloMON (Sun and Moon). And the ancient Hebrews prayed to Yahweh, and “Yah” is Egyptian for “moon.” And when the Babylonians built the tower of Bab-EL, it was a “sin” which was another name for their moon-god.

Now the Ob-EL-isk is phallic but it’s not a human phallus. It is shaped like a bull penis. Because the EL-ites are worshipping Ba’al, or EL or Saturn El the Phoenician Canaanite Bull God. This is of course where we get the exoteric myth of Satan designed to scare the sheep-EL and why he is always depicted with horns of a bull or ram.

So the obelisk is the bull penis in the center or bulls-eye of the Vatican courtyard. It’s in the middLE (EL), or the vagina, scoring, getting laid.

The ‘O’ with a dot in the center is a symbol of sex. 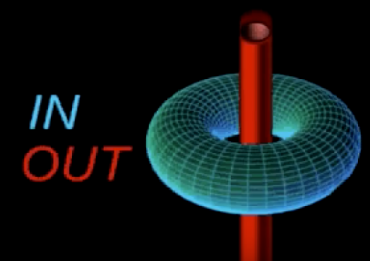 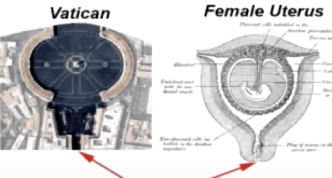 The Vatican is also shaped like the female u-TERUS (torus).

Breaking down the word “obelisk” we get O = woman, Bel = man, Isk = pertaining to.  Pertaining to male and female, to sex, its a sex magic ritual the occultists are playing out. And it involves the moon. From the moon we get the words –

‘Monarch’ (moon arch) and ‘Monotheism’ and ‘Monopoly,’ and ‘Money’ all those nasty tricks the worshippers of EL are playing on us.

All being used for MINd control, Mind is Min, moon.

And now you know why its called a cli-TORUS. 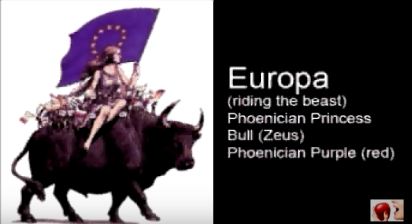 In Greek myth Europa went riding the white bull which turned out to be Zeus in disguise, who then stole  her away, in other words, raping her.

The words “Circle” and “Middle” contain the Bull God El. Its the bull’s eye shape, the target logo, and its also Saturn, because of how the globalists and NASA insist on depicting it with the ring:

Saturn and the moon are deeply connected in this fertility rite because when you get married you put the wedding RING (Saturn) on, and now sex is no longer a “SIN” (moon). 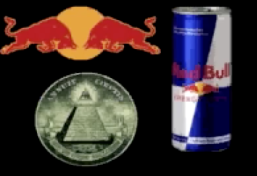 Truthiracy says, “Thats why the Illuminati want you to drink the bulls blood which comes from the Canaanite can of fertility, drinking the red blood from the bi-bull or the biblos, the two bulls. The sacrifice of the golden sun, in the bull god, Jesus and drinking his blood, the sex magic of the I O I .” 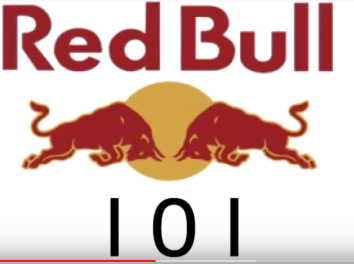 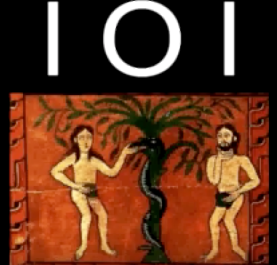 101 ties into the eclipse crucifixion code, from Gematrinator:

Language spells from the Saturn-Moon Toruses

Look at the word Circ-EL, which has a middle or Mid-EL, the middle is also the CEN-TER, or moon-torus, where “cen” or “sin” = Moon, and “ter” = Taurus, or the Torus (donut shape), which is where we get words like Cen-taur, and Min-o-taur which are part-human part-beast (El). The ancient Egyptain fertility moon God was called “Min.” Minotaur.

It’s all Moon-Tauruses. Why is this the root of so many words? Well in Astrology the moon exalts in Taurus, and Venus is the ruler. Notice both planetary bodies are feminine. But Ba’al or El the Bull God is definitely male. So you can see the sharp duality here, the two bulls contrasted on a knives edge of red and blue, male and female, sun and moon, good and bad.

When the moon is in its arch, or its crescent, its shaped like two curved horns of a bull:

Apis, the Egyptian Bull God is always depicted like this:

Know your words, know your etymology and you will de-occult the EL-ite. Because the words don’t lie, you can’t debunk it if its built into our very language. Santos Bonacci calls it “Atom-ology,” all is ATUM, as the Egyptians used to say.

According to Truthiracy, in the Sumerian, Babylonian and Akkadian cultures, the cow/sky god was An, or Anu, where we get words like Annunaki, ON/OFF, and a plethora of other words.

“An” must be the same as the Egyptian goddess Hathor:

Combining An and El we get Angel, or an Ang of El. And each house or 30 degree angle in the zodiac wheel is an Ang of El, a ray of God.

From ‘ang’ we get the word Angus beef. And in the Last Airbender TV franchise the main hero’s name is Aang (he is the one who can bend all four elements).

Notice how all the archangels have El in their name:

These are the etymological keys to unlocking the wisdom of the occult: all the customs and traditions that have been seeped in mystery all this time. This knowledge is what the elites are guarding from us, to give them a preferential advantage over the sheep. They get to be the ram and us the sheep because they have the playbook, the ancient knowledge that was perfected in Egypt.

In the book of Genesis or (genes of Isis), it is the female Eve that is tempted by the snake, and thus the one who first “sins.” Because she is EVIL (Eve-EL) because she represents the moon, two, or EVEN numbers. Adam is one, the sun, odd numbers. 1,3,5,7,9 are all good or lucky numbers. Even numbers are evil, six is a hex, and four is unlucky in some asian cultures. Two is duality which is naturally where good and evil are born, and Taurus symbolizes this because it is the second house of the Zodiac wheel. 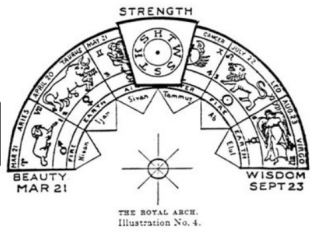 The two bulls also represent the Old and New Testaments, the Bi-bulls. And in the New Testament, Jesus Christ always spoke in para-bulls. 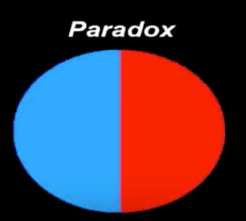 Parables often sound at first glance like a paradox. Or a pair of ox.

Speaking of a “pair of Ox” the word Oxygen comes from this code, and is it a coincidence that the Oxygen we breathe is O2? Again the bulls always come in pairs.

When you look at the first two letters of the Hebrew alphabet, you get “Aleph” which is shaped like an ox head, and “Bet” the second letter, shaped like a tent or abode, a home.

The ox represents strength, thats the strength of the house or the “tent poles” that hold up the tent/female/family. So “Tent Pole” or Tem-Ple, is the Aleph Bet, the masculine and feminine principles, and where the word for father, “Abba” in Hebrew comes from, spelled Aleph-Bet-Aleph, thats why you hear “God the Father” but its not supposed to imply just the masculine, that word encompassed both and is symbolic of the sexual union.

So again, the bull or ox, Aleph, letter A, is the Tent pole, which is why the bulls are the pillars around the sun, the 101 of the Red bull logo:

And now we can understand the sex magic around the New Years dropping of the ball:

And this building in Canada (Canaan) in OnTAR-io, in the city of TOR-onto.:

13 Responses to The Two Bulls Code: Language Spells and The Sun-Moon Bi-Bull