Posted on February 17, 2019 by UponTheFaceOfTheWaters

We do see some duping delight in Todd’s interview. A little smirk when the interviewer asks about how he knew the shooter from high school. 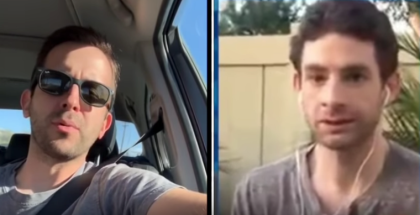 Is it Zach? Hard to know, with spray-on-skin, clones, and CGI it is easy to deceive the masses. PNM has accused Zach of playing other roles before, and as easy it is to reject these accusations, sometimes I actually see it, a glimmer of the other person PNM claims them to be.

For example Tom Hanks may be behind the mask of TV personality David Koechner (left). 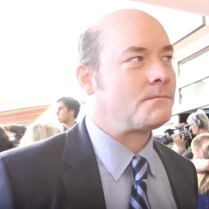 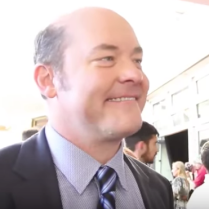 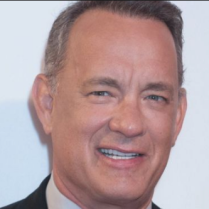 Can’t you just see it? These are mask wearing Archons, or humans working for Archons. This is the shapeshifting that’s going on, not reptiles shapeshifting into human form.

Now even if Zach is a role-switching, mask wearing gatekeeper for the Cabal, doesn’t mean we should disregard the gematria codes he has taught us, just be weary of how he spins it. In this field we must become accustomed to being taught by our enemy, its just the nature of the Archon game within the Matrix. Your enemy hides the truth inside bullshit, and you must use intuition and thorough research to unpack it. Every new level of understanding comes with a new set of snares and traps to keep you chasing dummy leads. For example Zach makes fun of flat earth and doesn’t speak much about God or Astro-theology, thus divorcing gematria from it’s close brothers and not taking it to its ultimate conclusions. He satisfies the left-brained truthers, they have walled off the spiritual component to all this.

According to Derek of Gematrinator, one of Zach’s protege’s, 13 is the primary ritual/hoax code. 13 people died at the Thousand Oaks bar shooting, including the shooter.

Often times these terror event ritual hoaxes reference each other in the MSM, and this article draws our attention to the Las Vegas Route 91 Harvest shooting:

The MSM loves to throw that ‘coincidence’ at us, as though to test the public’s credulity. I mean what is the likelihood of this?

This Thousand Oaks article also flashed this guy with the Route 91 tattoo, a coded subliminal: 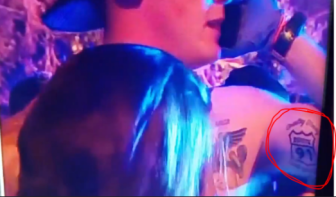 The thirteenth triangular number is 91. ‘active shooter – 191, and 61. The casino shooter shot from the ‘thirty second floor’ – 91. The Las Vegas shooting on 10/1 left 91 days in the year. This event also heavily featured the number 117:

From ExtraCapsa’s blog: “Las Vegas Nevada =117 aka Sin City =117 (both in the same Kabbalah cypher). It happened a gap-span of 1 year 10 months 17 days after the Paris Attacks and the day after the shooting was 10 years 170 days after the Virginia Tech Massacre (the third deadliest mass shooting in US history). Police arrived at the shooter’s hotel room at 10:17 PM and Mandalay Bay’s second tower has 1117 suites. (SOURCE)“

Between the bar and grill shooting and the Route 91 shooting: 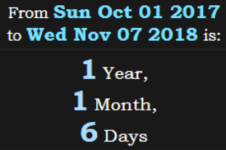 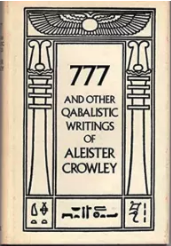 The Route 91 shooting happened on Oct 1st, written in most of the world as 1/10 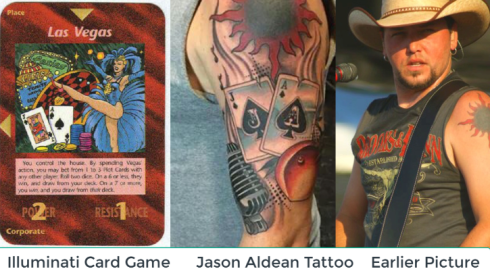 When you see 101 remember that is the sun surrounded by two pillars, a whole chapter in itself: 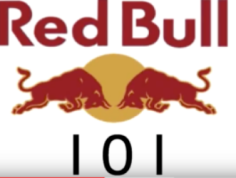 “Red Bull Energy Drink” – 1011 (Jewish). The bulls represent the two pillars, because Aleph, the first letter of the Hebrew alphabet was originally depicted as an ox head. Same with the letter A, flip it upside down and you see the horned bovine.

The shooting was 444 days after the 2017 Great American total eclipse.

The mayor of thousand oaks was elected or perhaps selected, 11 months and 3 days before the shooting. 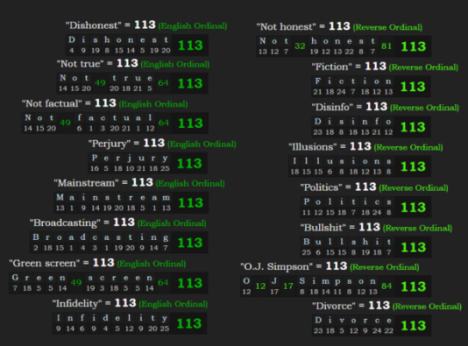 ‘Zachary K Hubbard’ – 1300 (Jewish). Is this a clue that the gematria man himself is a disinfo agent, a gatekeeper, controlled opposition? ‘Controlled Opposition’ -103.

Measuring from Ian Long’s birthday to the Las Vegas event is a span of 10057 days. Thats also 330 months and 11 days.

And to end with some more time syncs from blogger ExtraCapsa: