Posted on July 18, 2017 by UponTheFaceOfTheWaters

“Here is wisdom. Let him that hath understanding count the number of the beast: for it is the number of a man; and his number is SIX HUNDRED THREESCORE AND SIX. ”(Rev. 13:18)

“The overlords of our earth, the ones who truly believe that they are descended from the gods, whom I call the Illuminati, are guided by three things: astrology, numerology, and sacred geometry.” -Gary Bell

In the new tv show “The OA,” a psychopathic scientist kidnaps people to experiment on, and uses a drowning device to submit his subjects to near-death experiences. What we are learning from MK Ultra survivors is that this is not fictional. This is clearly a Hollywood disclosure. He hooks them up to this machine and records their brain activity, hoping to unlock the secrets of life and death, (or life after death.)

Whistleblower and MK ultra victim Arizona Wilder came forward in the late 90’s and revealed some of the methods of torture used by the deep military state and Illuminati:

Arizona Wilder: “I had a really violent terrible memory of being drowned in ice water, purposely, there (at an underground military base). What was happening was they were using ice water and the water was very important in this, to cause near-death experiences. And that I know of, this happened to me three times before I could complete the experiment or assignment that was given to me. I was to go out of my body and in my astral body go into another room, a specified room, and go in there a pick up a pencil sitting on a table and make a mark on the piece of paper. There was a KGB officer sitting there at the table, it was being recorded on camera and it took me three tries to get this right. And at one point I was in therapy with a therapist who was internationally known for working with people in this area, with people who have been ritually abused and mind controlled. And he told me that he’d had three other clients that reported this same kind of experimentation. And I hadn’t told anyone about my memories so I find this very interesting….”

The drowning theme in the OA could have just been a coincidence, but what really hammered home the fact that the writers of the show are clearly occult insiders is the Saturn reference. When the main character is having her near death experience in the drowning machine, her captor records soundwaves coming from her brain, and these soundwaves sound exactly like the frequencies emitted from the rings of Saturn: 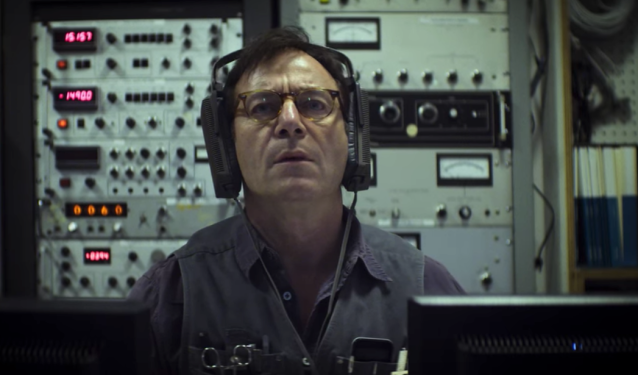 *2022 EDIT: What are the scriptwriters saying here? Saturn, the moon and the Black Sun are associated with the death process. There is a “moon-lock” which keeps souls from exiting the solar system if their frequency or vibration is below a certain karmic threshold. This is not some evil Demiurgic trap system, as many truthers maintain, this is simply how karma, reincarnation and soul evolution works in the solar system Life Wave.  For more on this check out my recent video on the Black Sun and  the Feminine Mysteries.

Alek: “How is Saturn related to the moon you said they were related?”

Max Spiers (*gatekeeper* WARNING): “We were talking before about transits. There is a 29.5 year transit of Saturn around the sun. A 29.5 day transit of the moon around Earth. So they are working in unison there in numerology. Saturn used to be the life-giving sun/force of this planet. Some people do call it the Black Sun, I have heard that. It’s a very beautiful life giving planet. And this consciousness that has taken over, whatever name you want to give it, I find it difficult to put a name on it, it’s a parasitic consciousness right? It took over Saturn, somehow. Saturn has the highest and lowest frequencies in the solar system. So they bound it with a ring, that energy ring around it and trapped the lowest frequencies it could possibly have, pushed it through an amplification system on the moon. So the frequencies are amplified to the moon and focused down to earth, creating the false reality we live in.”

Alek:“There is a lot of Saturn symbology  in business.”

Max: “Because it rules everywhere. It’s a Saturn cult. Even the tick on Nike shoes is the ring. Because they worship it. It maintains the false reality here.”

The dark occultists who control Hollywood are clearly obsessed with Saturn symbolism. Here we see one of Saturn’s moons which closely resembles the Death Star from Star Wars. Keep in mind all we have is fraudulent NASA to go on when looking at these “photos” anyway.

Now when you take a cube and flatten it in 2D you get a hexagon. This is why the Black Cube is related to Saturn.

The black cube of Saturn turns up in global finance, at the 911 memorial, in major religions like the Kaaba in Mecca, in many logos like Nike or Dell computers, and in Hollywood movies and TV shows. The hidden elites worship Saturn, which they also equate with Satan, and Set, from Egyptian mythology. Osiris ruled during the day, and Set ruled the night when the sun sets. This gives you an idea of how old this form of symbolism goes. It goes back to the ancient mystery schools.

In modern times they put Saturnian imagery in logos, movies and TV shows to influence the subconscious mind, as a subtle form of mind control and predictive programming. Most of it flies right by the conscious mind of the unawakened person. But this does not stop it from influencing everyone on a subconscious level. They are prepping us for the day when they can unleash their dark religion on the world, out in the open, when they implement the dreaded New World Order.

The black cube and hexagon of Saturn are also involved with the Seal of Solomon, also known in the mainstream as the Star of David, because the star fits geometrically inside the cube. It is all part of sacred geometry which finds its ultimate conclusion in the hypercube and flower of life patterns. While these ancient mathematical ideas are not good or bad, they have been coopted by the Satanic elite and used in their subversive symbolism. 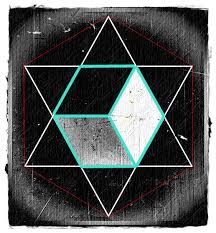 It is from these geometries that the number 666 comes from. For example the 3 angles of an equalateral triangle are 60 degrees each, so 60, 60, and 60. In gematria you drop the zeros, leaving you with 666. 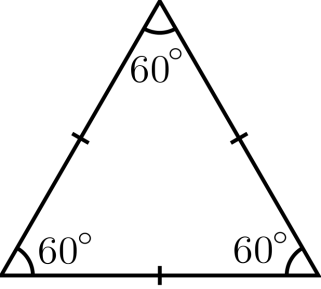 The seal of solomon was also used by the ancient mystery religions to track the yearly movement of the Earth around the sun. According to David Nikao of End Times Deception, “The Satanic Illuminati offers sacrifices to Satan on his revered days, which are based on the cycles of the Sun.

3/21 – A human sacrifice is required on the Spring equinox.

4/19 – A fire sacrifice and a human sacrifice is to be made to the Beast. Note: the Oklahoma City bombing and the Waco Branch Davidian siege occurred on this date.

6/21 – A human sacrifice is required on the summer solstice, which is called Litha.

9/21 – A human sacrifice is required on the fall equinox, which is called Mabon.

12/21 – A human sacrifice is required on the winter solstice, which is called Yule.” 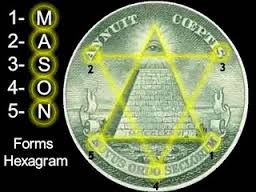 The seal also finds its way on the federal reserve dollar bill, spelling out the word “Mason” at all 5 points of the star. The compass and square symbol of Freemasonry also fits onto the seal nicely when you overlay the two images, as seen above. 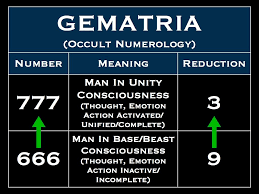 Mark Passio: “The number 666 comes from biblical writings, the number of man, trapped in base consciousness. The first digit could be seen as thought, the second as emotion, the third as action. (These three aspects are the true trinity, the three sides of the triangle.) The reason they are all 6’s is because 6 is a number of incompletion, seen as being not there yet, not accomplished. The goal is to transcend that condition of base consciousness. Crowley’s Thelema is all about this. Using care in conjunction with the will to acquire spiritual knowledge and ascend in consciousness. So the number of the beast 666 represents man in base consciousness or beast consciousness, not having a fully human experience. To get to the complete or unified experience of humanity we need to get to 777. This is the number of man in a unified state: thought, emotion and action are unified in their fullest expression. It’s not man as God, it’s man in a state of consciousness that resembles the divine, or has the divine spark ignited within, man is unified, not in dualism anymore. If we do gematria reduction, meaning we add the digits in 666, we get 18, and add them again and we get 9. So 666 reduces to 9. So 9 and 666 are equivalents. 9 is base consciousness. The reduction of 777 is 21, which reduces to 3. So to go from 666 to 777 is the same as going from the 9 to 3. So again its seen as going from beast consciousness to higher consciousness.  This is why 93 is an important number of Crowley’s Thelemic tradition.  Also when we add the digits in Thelema we get 93. The number 93 itself reduces to 3. 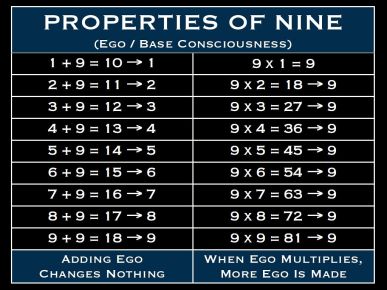 The event of 9/11 was an occult ritual of human sacrifice, employing this same numerological system. It is about the beast 666 destroying God 777, the ego conquering the spirit. 9/11 reduces to 9/2. So it is 92 which is not 93, it is one short, one number short of love, ascension, of will, or God. It is falling short of the divine, that’s what this whole event was about, the idea that human will is falling short, and the time of the beast is upon us. See 92 out of 93, reduces to 11 out of 12, which reduces to 2 out of 3, which equals .666 in decimal format, the number of the beast.”

19 Responses to Saturn Death Cube, 666, and Subversive Symbolism in “The OA” TV show