The Advent Can Play Out In YOUR Life

Posted on May 16, 2020 by UponTheFaceOfTheWaters 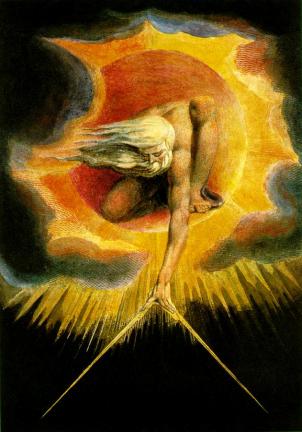 “An Angel came to me and said: “O pitiable foolish young man! O horrible, O dreadful state! Consider the hot burning dungeon thou art preparing for thyself to all Eternity, to which thou art going in such career.”

…but I said: “If you please, we will commit ourselves to this void, and see whether Providence is here also.”

-William Blake, The Marriage of Heaven and Hell

Heaven without Hell is stagnation.

Good without evil is stagnation.

Blake writes, “Without contraries is no progression. Attraction and repulsion, reason and energy, love and hate, are necessary to human existence.”

And what is perhaps the greatest evil? An absent or unavailable Father (the holy ghost), and a Mother who can’t be trusted (Sophia sick with archons).

That’s the under-story here. The root of all evil perhaps can be said to stem from this cosmic dilemma. And this is the situation that remains until the individual awakens or births the Christ within, an act of becoming the Father, restoring the Mother.

I have been following and working with Z for a while and have been mesmerized by his level of detail and clarity in revealing a lot of what has been occulted. However some aspects of his message never sat right with me. And I think the main issue I have, or what may be the fatal flaw is his assuming to know the Ineffable’s inner motives, and desires.

(He would even scoff at my use of the name, “ineffable.”)

But what if there are, in a sense, two Fathers?

The “Earthly” Father that died to be born again in man-as-Christ, and the Heavenly Father who is ineffable – omniscient, omnipresent, and omnipotent. That one doesn’t need to “experience relationship.” It is pure love, and wants nothing more than to impart that love onto its creation. To say it took a risk, to dissolve or contract itself INTO creation is to anthropomorphize the Ineffable. After all, it can and does experience relationship every time a man and a woman fall in love, or in the love between parent and child, or between two close friends, brothers, sisters. It experiences all these things through us, all of it is felt by THE ALL.

In this light, the threat of an “infinite shattering” seems like a mind control tactic, remixed from Churchianity’s dogma of “you will burn in Hell for all eternity for failing to recognize Jesus as your savior.” A way to garner total loyalty out of fear; shackled by guilt to the one deemed the savior. We can and must save ourselves. Neville Goddard says that such deliverance happens on an individual basis, not as a collective. He, like Z, has had a spiritual awakening where Christ was born in him, and this can happen to anyone who awakens their innate, divinely gifted Imagination. When this happens, the advent really does play out in your life. The bible isn’t secular history, it details the psychological play or drama that unfolds when man awakens the Christ within. It’s the promise of God.

So yes, there are many events in Z’s life which would make him seem like the Messiah, the central character in the Christ narrative, however he isn’t special in that regard. It happened to Neville Goddard and William Blake and Joseph Frank and the Buddha and probably many others and will continue to happen as more awaken their Imagination which is the Christ within. This awakening is also the resurrection of the dead Earthly Father, the Holy Ghost.

To illustrate this point, let’s read a passage from Goddard’s The Law and the Promise. Goddard writes,

“Here is the secret of the world: God died to give man life and to set man free, for however clearly God is aware of His creation, it does not follow that man, imaginatively created, is aware of God. To work this miracle God had to die, then to rise again as man, and none has ever expressed it so clearly as William Blake. Blake says – or rather has Jesus say-”Unless I die, thou canst not live; but if I die I shall arise again and thou with me. Wouldest thou love one who never died for thee, or ever die for one who had not died for thee? And if God dieth not for man, and giveth not himself eternally for man, man could not exist.”

So God died – that is to say – God has freely given himself to man. Deliberately, He has become man and forgotten that He is God, in the hope that man, thus created, will eventually rise as God. God has so completely offered His own self for man, that He cries out on the cross of man, “My God, my God, why hast thou forsaken me?” He has completely forgotten that He is God. But after God rises in one man, that man will say to his brothers, “Why stand we here, trembling around, calling on God for help, and not ourselves, in whom God dwells?”

This first man that has been raised from the dead is known as Jesus Christ – the first fruits of those who have fallen asleep, the first born of the dead. For man God died; now, by a man, has come also the resurrection of the dead.

Acts 1:4 “And, [Jesus] being assembled together with them, commanded them that they should not depart from Jerusalem, but wait for the promise of the Father, which, saith he, ye have heard of me.”

Jerusalem, the Holy Land is simply that state of being in total devotion to God’s plan for you, your divine blueprint, which can be intuited by a keen, steadfast imagination. Stay in Jerusalem, do not depart, there you will wait for the promise of the Father, which you heard through me, through the Son, Christ.