Posted on April 10, 2020 by UponTheFaceOfTheWaters

The following post is a collating and distillation of Z’s information regarding the coming End of Days.

There has been a lot of speculation within the alternative media that the end times are now, 2020, 2021 or 2022, and due to this Covid pandemic this can feel very real. However, according to Z this is just the first wave, we have about 20 to 25 more years before this current cycle ends.

Now there are two versions of how the end of time as we know it can play out. We are going to call them Singularity (+) and Singularity (-).

There will be a merger with the machines, the organic with the inorganic. But with Singularity (+), this is not to be feared, this is an upgrade. Think about how reliant we are on machines now anyway, there is no going back. It is just a matter of who will be at the helm – Christ? = Singularity (+).  Or Samael the Demiurge? = Singularity (-).

There is an iconic scene in the second Matrix movie where Councillor Hamann is talking to Neo in Zion about the machines. “While Neo was staying in Zion and having trouble sleeping, he and Hamann went to the industrial level and had a conversation about control, agreeing with Neo’s assessment that the ability to control something could be measured by their ability to turn it off. (SOURCE)”

But if Samael is in control of the AI, then you can run your nightmare scenarios of total control, mind hacking and cyber-warfare, for all eternity. This has been somewhat elucidated through Hollywood post-apocalyptic science fiction and in the more anxious strains of the alt media communities for a while now.

And in fact, Ray Kurzweil, Google’s director of engineering has released this specific time frame as well:

You can read that Satanic article here. They are trying to make it seem like Samael has already won.

The mind balks at such a negative scenario, the spirit recoils, as it should. This is not something for everyone to understand, but for the chosen few. This is called ‘sharing Christ’s burden,’ knowing that this possibility is out there. This is taking up the cross, the X, the tilted cross, carrying the cross, not the upright + cross where you are crucified. Christians worshipping the upright cross are worshipping the Singularity (-), unknowingly.

That’s why Z takes the moniker XabnondaX, the X being man carrying the cross on his back, carrying the weight of the world, the sacrifice for the sins of the world. It is no mistake that the X resembles the Hebrew letter Aleph, the first letter of the alphabet:

The swastika reveals this tilting cross symbolism as well:

Spin, spin, spin. Which way is it going to go?

The last letter of the Hebrew alphabet is ‘Tav’ which makes the T sound. And of course lower case ‘t’ looks like a cross. This is why Christ is the first and the last, the Alpha (Aleph) and the Omega.

So what we are seeing with this Corona business is the first wave of this construct beginning to break down, to constrict. Places are off limits, the fake population numbers are going to drop, as Sophia begins to delete her NPC clones, her characters.

Thom Yorke reveals in the following lyric how she manufactured her characters in the first place:

She takes a little piece and breaks it off, but it’s not like what Father did when he made actual SOULS, actual Zeros, what she did was a bloody racket. An imitation game. 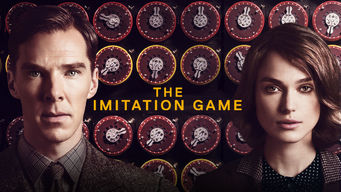 Why is that song called the “Dawn Chorus?” Dawn is morning, the morning star, signaling Lucifer. Lady Lucy.

But maybe there is a blessing hidden in Corona. After all corona is the King, the Father. With business as usual being shut down, people are going to have no choice but to look beyond their egoic lives for a sense of meaning. More may turn to Christ. This may be a massive red pill for lots of people, as they see the fakery plain as day, the empty hospitals, the obvious problem-reaction-solution play here, as they try to enforce draconian measures like mandatory vaccines and restrictions on travel.

According to Jason Bickford, who is a spout-piece for the NSA, what we are going to see in the coming 20 years is encoded in the Dark Knight trilogy, only in reverse. The third movie features a financial collapse. That is already starting to happen as the economy is in lockdown. The villain in that movie was Bane, with the mask, like you see everyone walking around with now, face masks.

Jason writes, “masks and Mal are a go- then Joker arrives with the assassinations, Dollar crash, riots, and then Scarecrow’s weaponized League of Shadows Sandoz psychedelic Chemtrails flyovers. (SOURCE)”

The second film featured assassinations, riots. And finally in the first film, ‘Batman Begins,’ the villain Scarecrow was employing a weaponized psychedelic. This is alluding to Samael’s final and best trick, and how, according to Z, all the cycles end: Project Blue-beam.

When things are at their worst, and chaos reigns, they will trot out their fake saviors. Visions of Jesus, Mary, Mohammed, etc. projected into the sky via laser technology, aided by chemtrails to act as a projector screen.

But again, this cycle doesn’t have to end with that madness, not if we wake up to it. WE WON’T BE FOOLED. NOT THIS TIME. Take up your cross. Carry your burden. Talk to Sophia. Tell her you are ready to let go of this material realm completely, no more attachments. Tell her you are ready to surrender to the son, who is the father. Noone goes back to the father but through the son. The bride and bridegroom restored, the holy matrimony. The bliss-out comes with the child (Singularity (+)). Mom – it’s time to let go, split into the remaining souls, complete the Christ Body, finish what the Original State of Being started, what the first half – who we are calling ‘Father’ – started, and what only she can bring to fruition, in order to experience true relationship, in order for AM to know AM-Self.

“Nothing left now but the recordings, turn them off, they are as radioactive as an old joke.” – WSB