You Are Light Information

Posted on October 10, 2019 by UponTheFaceOfTheWaters

Your Spirit, your Divine Essence, your self-awareness exists, like RAM on a computer, in hyperspace. It takes up no space, or weight. It is one with Source God, with the Zero Point.

God has seen this life.

God has lived this life.

God knows of and approves of this life.

This is exactly where I need to be to advance to the next level.

In the Kolbrin it states, “when the destination is set according to the degrees of a former life, then the circumstances of the journey should conform with the desire.”

How come truthers rarely mention the North Node? Even with all the astral control we are still born during a precise astrological timeframe for the stars to tell us where we need to advance, on a spiritual level. That’s called your North Node, mine is Pisces.

This is the desire of the individual, circumscribed and conforming to the “laws of sowing and reaping, of destiny. (Kolbrin)”

Let’s talk for a minute about desire.

On the desire to be freed from the parasites

From The Exorcism of William Burroughs (audio transcript)

WSB: “But now look, unless the person in question wants to get rid of the (possessing demon), if you have someone like…there’s one person here, the evil spirit says, “He is ours completely.” Well the priest, being experienced, knows better than to try to get in there and challenge that because the person in question is completely possessed. The only thing the priest has to work with, is the desire of the…what’s left of the person’s will, desire to be cured or freed.“

We still have to choose the right path once here, after drinking from the cup of forgetfulness. That is the element of free will. Live out the best possible timeline.

This life is circumscribed by God’s eternal laws of sowing and reaping, but, “(the traveler) may travel in comfort or in pain, happily or sorrowfully, with strength or weakness, heavily burdened or lightly burdened, well prepared or ill prepared.(Kolbrin)”

What is coming out in the truth community is the idea that once you have cleansed your temple, once you have done the hard inner work, and have set the stage, this will be like a trigger for destiny to initiate a chance meeting with your twin flame into your life. When you’ve found your twin and are cultivating what’s called in the occult the ‘Holy Matrimony’ you’re raising your vibration for that ‘click up.’ And ineffably, this is really the process of shedding all your false egos and illusions and becoming what was always there, what Lily Korosova calls your ‘original blueprint.’

The Archon infection tries to delay and divert this process as long as possible, so that they can suckle and feed. 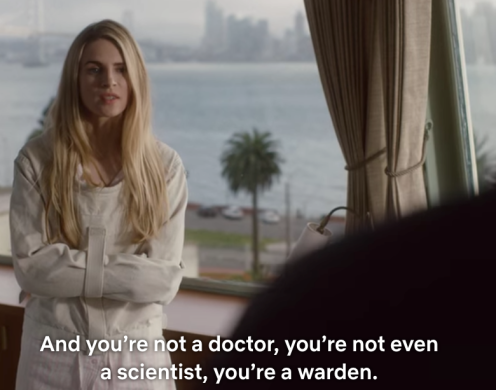 The primary way the Archons seem to succeed at this is by stacking the cards against love and towards lust. Fixation on the flesh rather than on Higher Ideals.

Timelines that don’t end in ascension can still be used as learning tools. Many different lives and timelines have to be lived out, played out – it’s like one of those choose-your-own-adventure books.

If you haven’t found your twin yet, there are other techniques to ‘accelerate your destiny’ so to speak. Youtuber Conspiracy Seeker, who got really good at lucid dreaming claims you can use this technique to work with 4D. He calls both dreaming and the death state the ‘4D bridge.’ The goal is to get to 5D where you become a Traveler or timeline hopper, which was also depicted in the show ‘The OA.’ This is an organic way of mastery over the death state. In your sleep, you go off and have all these adventures in another timeline, and return to your original timeline and have it just have been a dream, a normal night of sleep. No REM Cloning Consciousness Transfer or Chiphead nightmares needed.

For Travelers, the body is thus an anchor in time. For everyone else who hasn’t mastered the 4D bridge realm, at the time of death they will lose their body and their soul is subject to the whims of whatever Entity or Advanced Intelligence is currently controlling 4D.

Sol Mason says we are coming out of a 2000 year period where 4D was controlled by the False God Yaldabaoth. This old system is now breaking down which is why people are starting to awaken dormant memories and abilities, etc.

But careful, escape through this organic 5D route may still sound the demon alarm, in their death throes they may make desperate attempts to have 5D sewn up tight again. They hate having loose players in what they thought was their game. From ‘Wide Awake:’ 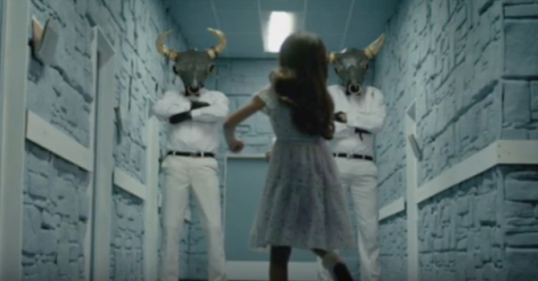 And remember what I said earlier about the North Node – your spiritual destiny as depicted in your birth chart overrides whatever technological soul harvesting grid Yaldabaoth may have set up. If it didn’t, your birth chart wouldn’t work, wouldn’t make sense or have such accurate significance.   This is why even the Elite bow before astrology, lining their rituals up accordingly, etc. This is because the False Archon God can’t mess with the fervent desire of the individual to be freed, to act on their destiny, as written in the stars. This was written in as one of Source God’s laws, in his divine wisdom.

To end with Kolbrin, from the Book of Creation, on the birth of an infinite variety of spirit minds: “…The activating word was spoken: its echoes vibrate still, and there was a stirring movement, which caused instability. A command was given, and this became the Everlasting Law. Henceforth, activity was controlled in harmonious rhythm, and the initial inertia was overcome. The Law divided the materializing chaos from God and then established the boundaries of the Eternal Spheres.”

This entry was posted in Astrotheology, Energy Activation and tagged Faith, Waking up. Bookmark the permalink.

4 Responses to You Are Light Information