Posted on November 20, 2014 by UponTheFaceOfTheWaters 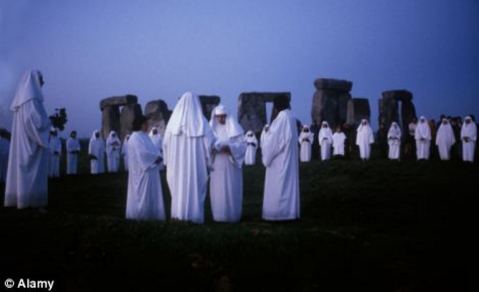 The cult leader hooded in red, spoke before the crowd:

“Tonight it is my pleasure to shed some light on the string pullers, the marionettes behind the play of human history. So there’s the thirteen families with the committee of 300 under them. They love numbers you see. Notice, three’s repeating. Three plus three is six. Six six six the devil….” He grinned, and got a few chuckles, those who knew his particular style of humor.

“You see that’s an example where they play tricks on you. The Rothchilds, The Bilderbergs you may have heard a few names. The names they give you are code names. The real people who are in control do it precisely because they are invisible. They run things from the sidelines.  So the names don’t matter. Too many of us are obsessed with whodunit, remember, all we can do is find patterns, symbols and trace lines of influence….

Illuminati, Freemasonry, Rosicrucians, Thule society, each one built like a pyramid system where only the top few really know what’s going on. The rest of them think they are hot shit because they joined a hip secret club, but in truth are all hiding the fact from each other that they know very little.

But the ones at the top top, can get away with murder. They have special ID’s that if the cop pulls them over and see’s that ID they are trained to leave them alone. They’ve pulled strings with some high people or are high people themselves, and here’s where we get into some metaphysical shit because is there some kind of deal with the devil. Would you sell your soul, through Satanic ritual of the most horrid kind (pedophilia, child murder etc.) in order to become illumined, or enlightened, rich and famous, great in bed, free from government, free from monetary needs, living like a king, off the map?

Surely only a delusional character would say ‘yes’ to this option. Any reasonable fellow would not ingest someone else’s urine, feces, do blood letting, commit the worst type of sin for a get-out-of-jail-free card. Hedonism at it’s worst.

For you see, tied up within the thirteen family history, the committee of 300 history, is a lot of dark and twisted stuff. Certainly religion and ritual played a part. The Jesuits, and the Vatican has a sick undercurrent of child sacrifice, black magic rituals. The Nazi’s, they created all the mind control and eugenics sciences, the art of trauma based mind control. The high families, Nazi’s, CIA are all concerned with mind manipulation which appears in the forms of Manchurian Candidates, sleeper agents, and sex kittens (mind controlled prostitutes), again all for the enjoyment of the high families and for the push of political and black ops projects. They induct slaves into their system. If Hitler’s dream came true, all Non-Aryans would be like this: mind whipped into slavery, a sub-class, and they’ll try to convince us we came from the Annunaki, created as a slave species for an extra-terrestrial race who came here to mine for gold. That we are a hybrid species from a hominid and an Annunaki individual. Watch out for this deception! But Hitler did make some kind of deal with aliens, or demons, the Nephilim bloodlines, who gave them the secrets of mind control and the Bell/UFO technology, in exchange for human souls. Hence the holocaust. Yes, a sad tale. 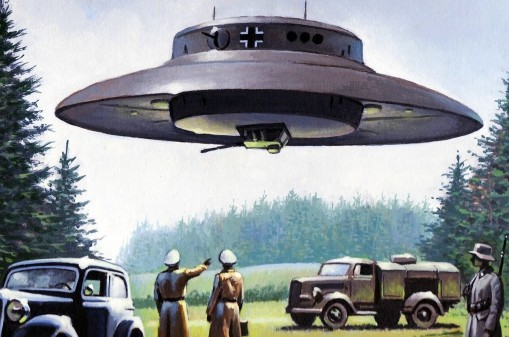 The Adam-Eve tale is a retelling of what happened with these fallen angels, who were really the snake. They tempted Eve with knowledge, the apple. If Eve bites it, she becomes aware of herself, her situation on this planet. If not, she remains blissfully unaware, a dumb ape. She bites of course, and tempts Adam into biting, and the two of them are tossed out of the garden…

Its not the Annunaki, but there must be a divine intervention, connection to an “alien” source, an Other. You’ve got to look at angels and demons in a different light too. Agents of change, themselves without form, almost like viruses, which just go in and manipulate our DNA, our very core, without having to go through any intermediaries of social interaction. They just change who you are. You become possessed.” He paused here, as if struck by a new thought.

“There’s something about this planet…it tests us. Possession can be like addiction. You can’t control yourself over something that’s bad for you and the mind splits, forming two competing personalities, or one irrational one, however you want to put it. A schizophrenia kicks in, which is soul energy being used by higher or lower spirit/vibrational entities. Substances are put on this planet to tempt you, seduce you, addict you. You sell your soul for them. They can then use your body like a parasite, to carry out their activity.

Many members of the thirteen families, committee of 300 are thought to be under control of a powerful brand of these interstellar entities, viruses, vibrational fields, angels and demons, God, however you want to attach names to it. These things, they control all of us of course, to a certain extent. But we do have some free will; we signed that soul deal when we were thrown from the garden. This means we have the chance to break out of mental bondage and be like the Buddha, an “enlightened one.”

We here, in our secret dwelling in the woods, practice this path of breaking free from extra terrestrial and terrestrial brainwashing. We cleanse our souls by returning to the old ways, the simple ways, using technology sparsely and efficiently. Never enough to be of interest to local satellites.

And we learn about who is really in charge on this planet, and why history happens the way it does, so that we can change it at it’s source. And we’re not alone. I’m building a network. Groups in other countries who have shared our knowledge. But for now, our immediate goal is to clear the propaganda from every avenue in our lives and begin fresh, each day, as a community.

So friends, drink! Drink to a holy cleanse. Holy as in like a circle, a symbol of perfection.” He held up his goblet to the crowd, and smiled with his crowd pleasing smile, teeth twinkling. His group numbered 22, a rag tag collection of seekers, survivors, escapees and refugees, holed up in an abandoned military base in the Siberian forest. 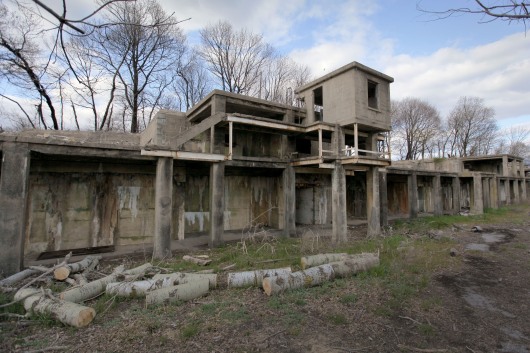